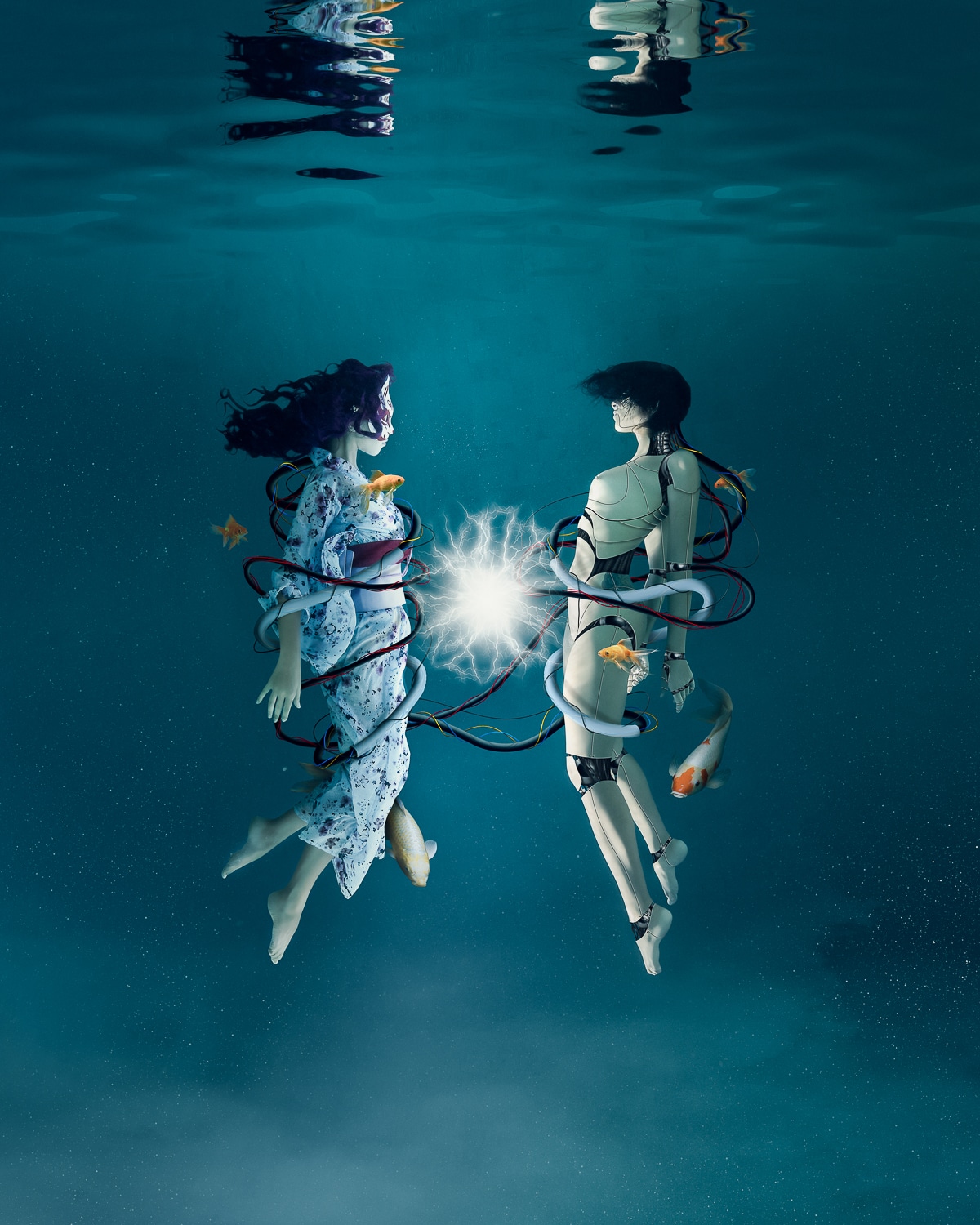 I’ve been so glad to work with Charlotte !

First, she was highly involved when she prepared the conception of my FOUR underwater shootings.

And then, on D-day, she explained to me very well how to pose under the water.

When I finally saw the resulting pictures, they were the most creative and beautiful photos I had ever seen in my life !

2021, February 19th
Karina came to me for the first time.
She asked for a sensual underwater photoshoot to feature her lingerie brand.
I took my inspiration in the Japanese culture, especially in the art of shibari. Basically, we explored the thin line between sensuality and darkness…

2021, June 11th
Karina came back to me saying she just had a crush for the Japanese anime Ghost in the shell and wanted us to create something underwater, inspired by this kind of movie. Let’s go !

2022, March 9th
Definitely addicted to my underwater photoshoots (haha !), Karina came back again, saying she wanted to create a series of artworks : whatever I wanted, as long as it was still very creative and still inspired by the Japanese or Chinese culture.
After a few research and discussions, we decided to create the twelve zodiac signs.

2022, March 11th
In order to celebrate her recent move to Nusa Penida (Indonesia), and to change a bit from what we did until then, Karina booked an Iodine session (ocean photoshoot).
Let’s go for an adventure around the island !

Are you dreaming about getting your own underwater photoshoot ?

Tell me more about what you have in mind !